What Boeing’s Sustainability Report Means for the Future of Aerospace When the Wright Brothers created the first airplane in 1903, they forever changed the way we think about travel. Now, nearly 120 years later, air travel is one of the most popular and efficient ways to get from place to place.

But while quick and convenient, airline companies have some of the greatest environmental impacts out of any other industry.

Airplane manufacturer Boeing hopes to change that, however. With the release of their inaugural sustainability report, Boeing is paving the way toward a more sustainable future of air travel.

In this piece, we’ll explore Boeing’s recent sustainability report, their plans for creating a more sustainable airline industry, and what it all means for the future of flight.

Boeing has become a bit of a household name these days, and for good reason. But while you’ve likely heard of the company, it may be a bit unclear what they actually do.

Founded in 1916, Boeing is an American aerospace corporation that specializes in the design, manufacturing, and selling of all things related to aerospace. From airplanes to rockets and satellites, Boeing has been busy creating some of the most innovative air technology over the past 100 years.

But while their focus is still on creating the best aerospace technology, the company has recently shifted its attention toward other areas. 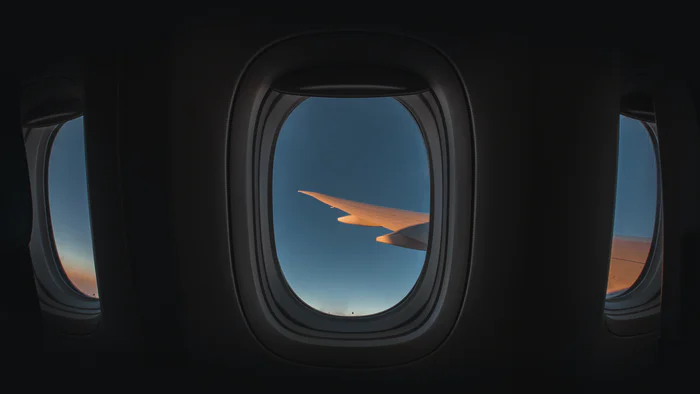 Last September, Boeing established a sustainability organization dedicated to advancing the environmental, social, and governance (ESG) efforts within the company. This organization is committed to communicating progress and holding itself accountable for its efforts.

Led by Chris Raymond, the company’s first Chief Sustainability Officer, the organization has been working hard. With over 30 years of experience at Boeing, Raymond’s role is to lead a team that supports the company’s commitment to having a positive global impact for future generations.

With the leadership of Raymond, Boeing’s sustainability organization released its first sustainability report on July 26, 2021. The goal of this report is to share the company’s vision for the future of sustainable aerospace, establish broad sustainability goals, and highlight ESG progress in alignment with global sustainability standards.

One of the main goals of this report was to define the company’s future through fleet renewal, network efficiency, renewable energy, and advanced technology. But that’s just scratching the surface of what the report includes. Let’s dive a bit deeper into some of the other goals it outlines.

Boeing has some big goals for the future. The sustainability report outlines the company’s aim to greatly reduce greenhouse gas emissions, waste, water usage, and energy consumption in the coming years.

However, 2020 was a big year for the company in terms of sustainability. As documented in the report, Boeing operations achieved net-zero emissions over the past year. This was made possible by utilizing renewable energy sources and offsetting carbon emissions when necessary.

In addition, Boeing reduced their total energy consumption by 12% and their water consumption by 23%. While this is a big step in the right direction, the company isn’t stopping there.

Creating the World’s Most Sustainable Airplane 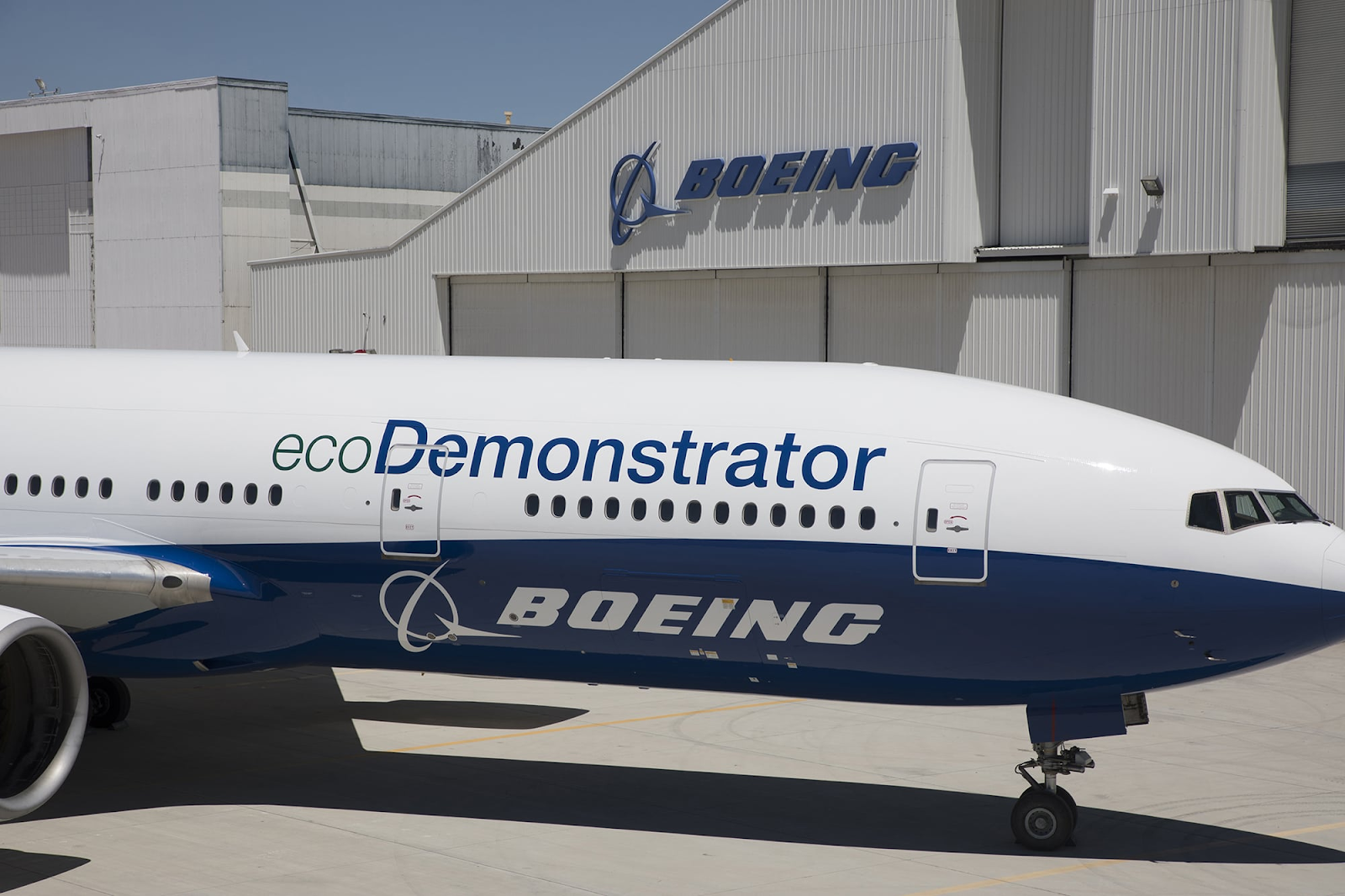 Boeing’s sustainability report also outlined what the future of air travel could look like. One of the biggest – and dare I say ambitious – goals the report mentioned is the company’s commitment to delivering commercial planes capable of flying on 100% sustainable fuels by 2030.

While this may seem like a lofty objective, Boeing has actually had its eyes set on this goal for quite some time. Since 2012, Boeing’s ecoDemonstrator program has accelerated sustainable innovation by taking technologies from the lab and testing them in the air. In 2018, this program helped Boeing conduct successful test flights replacing petroleum jet fuel with 100% sustainable fuels.

Boeing has been a pioneer in the aerospace industry when it comes to making sustainable aviation fuels a reality. In fact, these fuels are so sustainable that they can reduce carbon emissions by up to 80% over the fuel’s life cycle. Sustainable airplanes aren’t the only thing Boeing has been focusing on, though. 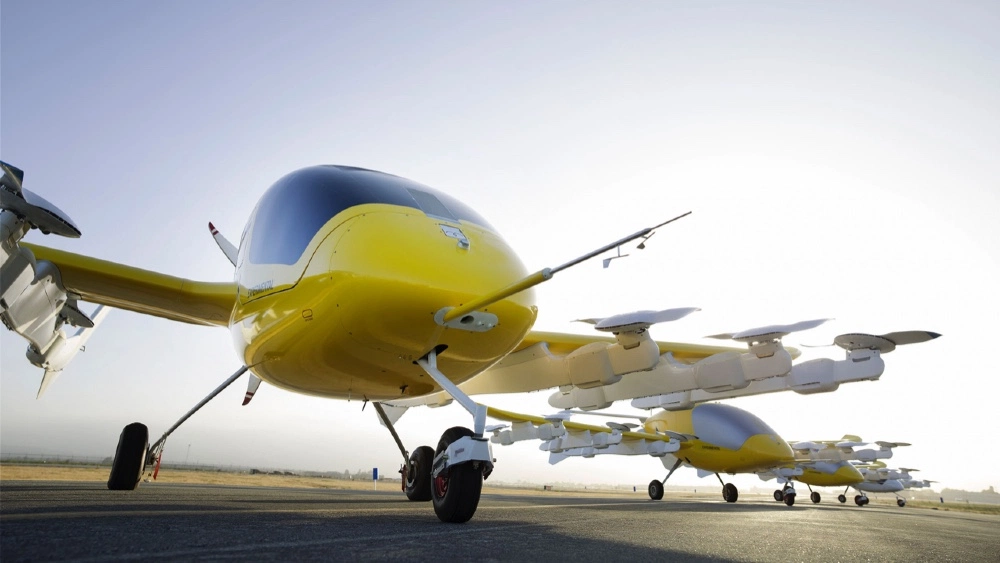 Yes, you read that right! Flying taxis are now more than just a sci-fi technology. Thanks to Boeing’s partnership with Wisk Aero, flying taxis are here…and they’re here to stay.

Over the past several years, Boeing has partnered with Wisk Aero to advance test flights for Cora, an all electric self-flying air taxi. While airplanes are a preferred method of travel over longer distances, these electric air taxis are best suited for shorter, point-to-point travel.

With increased road congestion and other transportation issues, these air taxis can provide quick and direct mobility for passengers. Once this technology is ready for commercial use, it’s estimated that the cost per mile will rival that of current rideshare services like Lyft and Uber.

With Cora air taxis providing a quick, affordable, and sustainable alternative to car travel, it’s no wonder Boeing is so excited for the future of this technology.

What This Means for the Future of Flight

Boeing is a leader in the field of aviation. With their new sustainability goals and commitment to the planet’s wellbeing, you can expect to see more airline companies follow in their footsteps.