Michael Beran is an Animal Solutionist Everybody remembers the late, great, Steve “The Crocodile Hunter” Irwin. He enthralled audiences with his passion for wildlife and iconic Australian accent. There might never be someone quite like him, however Michael Beran is hoping he can tap into the same ethos for his show Bare Hands Rescue, which premiered in August on the TV channel Animal Planet and the Discovery+ streaming service, plus Animal Planet GO. The show takes a closer look at his wildlife rescue operations in the St. Louis metro area, but his unique enthusiasm and energy for his mission is what truly captures audiences.

Who is Michael Beran?

Beran was born in 1965 and is a native to Louisiana. His love for animals during his childhood living around swampland resulted in him becoming a master falconer by 2003. However, he couldn’t escape his childhood roots and in 2014 expanded beyond falcons by setting up his first animal control company in the St. Louis area called Wildlife Command Center. Today, the business has 4 additional divisions, including Pest Command Center (rescuing people from insects), Raptor Rescue Inc. (rescue operations for birds of prey), Avian Strike Force (nuisance avian work) and Wildlife Command Center Movie Animals (animal training for film, theater and commercial work).

That’s led to some on-screen roles for Beran, who has 22 acting credits and also does some modeling. With his combination of animal expertise and experience in the movie industry, it’s no surprise that he’s found a way to combine the two. However, the origin story of Bare Hands Rescue is nearly as interesting as the stories featured in the show.

The show was created by St. Louis-based boutique production company Michael D. Francis Presents (MDFP), who’s namesake connected with Beran when they met at a local production event. After spending a day together on a ride-along, Francis was convinced the craziness of a normal day for Beran’s Wildlife Command Center company would make great television. 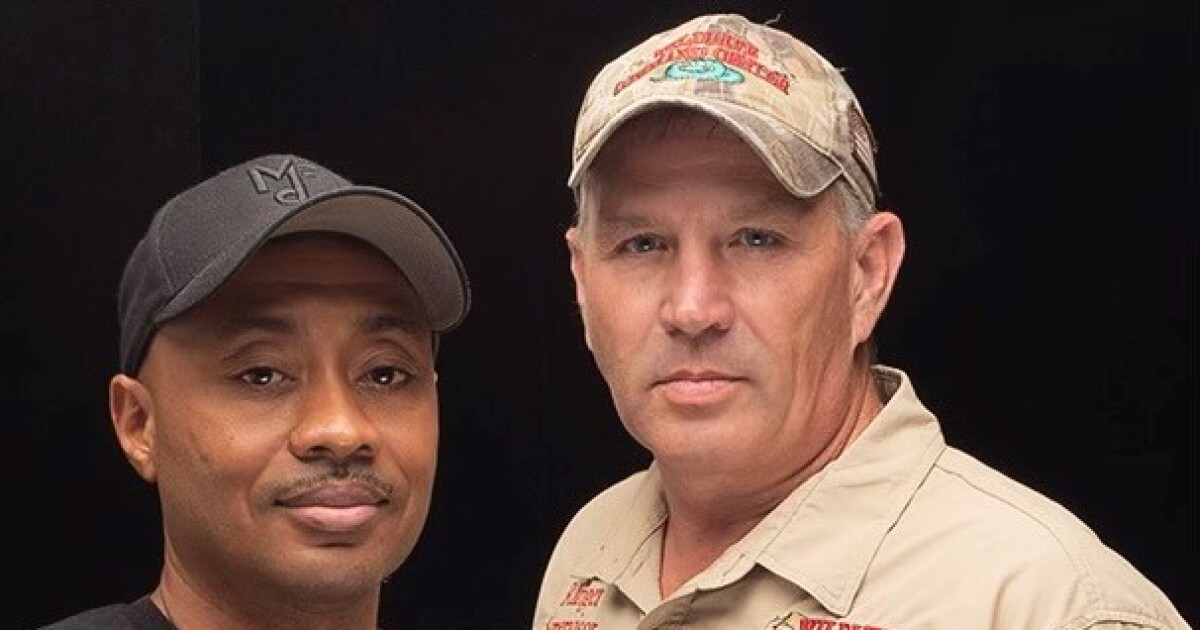 As seen on each episode of his show, Beran often goes to residential homes to rescue animals from precarious situations, ranging from a squirrel stuck in a fireplace to a coyote in a homeowner’s garage. Exclusively using his bare hands, he finds a way to both help the homeowner eliminate a problem from their house while also making sure that the animals he rescues are unharmed. Beran is quoted as saying:

“Most people will find that our industry, which is nuisance wildlife control, starts with us caring,” he says. “We care about our customers, our employees, the animals. The animals got themselves into a situation that usually could be fatal. I want to resolve the issue, so the homeowner could have their home back and the animal can be taken to a better location, with fewer people and more habitat.”

He clearly has a knack for rescuing animals, no matter how tight of a space he’s required to enter.

It is true that a show like Bare Hands Rescue has tremendous entertainment value. I mean, who doesn’t like watching a guy use his bare hands to rescue animals ranging from bats to zebras! But, his show serves a deeper purpose, helping to highlight how even though humans have developed complex cities and entire megalopolises, we are still connected to nature and live alongside millions of other creatures. Sometimes they find their way into our homes and we want them removed, but it is just as important to do so with the kindness and care that Beran exemplifies. Solutionists like Beran provide a blueprint for how to coexist with nature and how both humans and animals can live symbiotically.