Review: I Am Greta In August of 2018, a young Swedish girl could be found sitting outside the parliament building in Stockholm, Sweden with a sign that read “School Strike for the Climate.”

While few knew who she was back then, the world now knows her by one name: Greta.

I first learned about Thunberg and her activism after her speech at the 2019 UN Climate Action Summit went viral on social media.  Like many others, I was amazed at how young she was to be speaking on such pressing issues.  The more I learned about her, the more I became inspired not only by her desire for change, but the initiative she took to demand for changes that will benefit the planet.

As someone working towards a degree in Environmental Studies myself, I, too, strive to make a difference in the world and am eager to help create a more sustainable planet for the sake of the environment, and future generations.

Hulu’s new documentary I Am Greta follows the journey of Greta Thunberg and how she went from a passionate young girl to a prominent leader of the youth environmental movement.  The documentary and Thunberg’s personal journey have inspired me to make a difference in the world.

Thunberg likely didn’t grow up much different than you or me.  In the documentary, she describes her family as having a very consumptive lifestyle when she was younger.  They would travel on airplanes, eat meat almost every day, and waste energy by leaving lights and appliances on.

In school, Thunberg learned about many present-day issues and the individual changes that can be made to benefit the planet.  She began educating her family on what she learned, leading them to make some drastic lifestyle adjustments.  They started traveling by plane much less often, greatly reduced their meat consumption, and conserved water and energy by only using what they needed.

While Thunberg found the environmental topics she learned about to be interesting and eye-opening, she also became overwhelmed and started getting depressed and anxious about the future of the planet.  Thunberg is not alone in feeling this way, either.

A 2019 study found that about 57% of teens are afraid of the consequences of the environmental issues we face today.  Surrounded by so much bad news, many young people are becoming increasingly more anxious about the issues we face.  Personally, I can admit that there have been times when I have read or seen information about the state of our planet and couldn’t help but feel a bit helpless and anxious myself.  However, like 54% of teens in the same study, I am motivated to make a difference and work towards a more positive change in the world, similar to Thunberg.

The Road to Activism 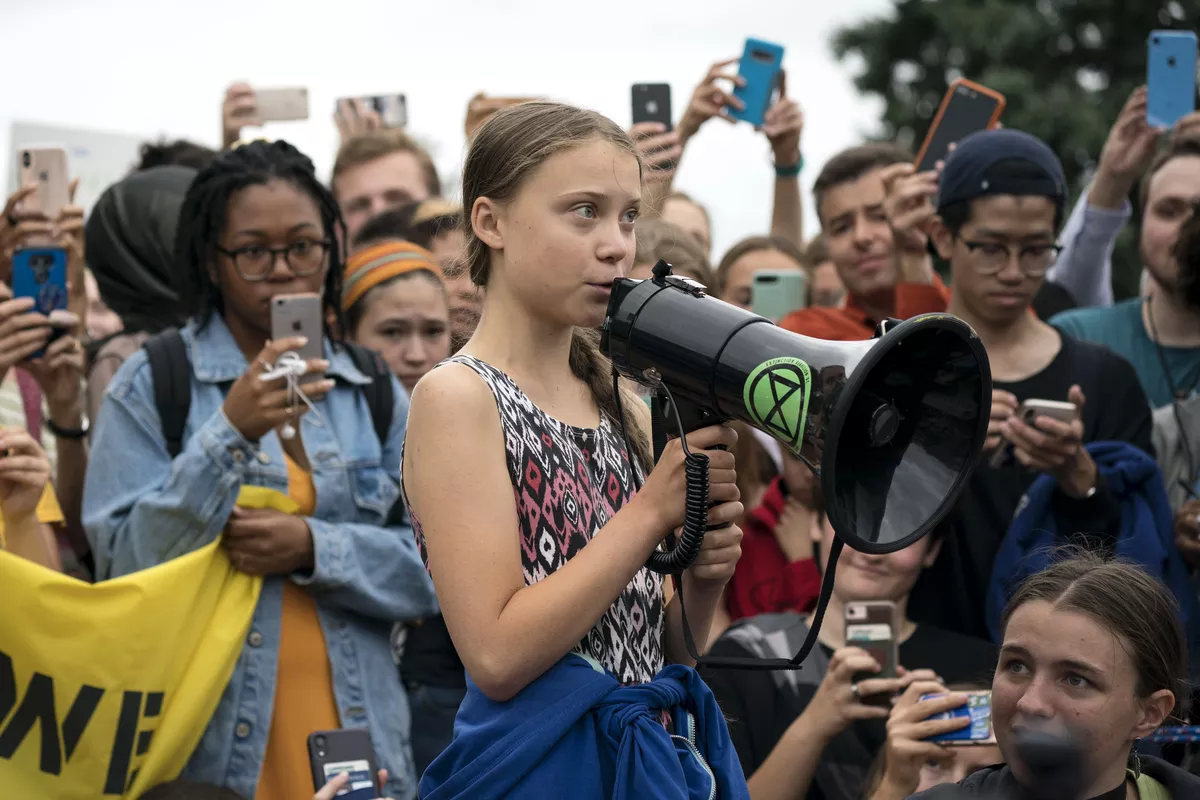 Prior to the school year starting in fall of 2018, Thunberg began going on school strike.  Every day until the Swedish general election, she sat outside the parliament building with a sign that read “School Strike for the Climate.”

As she gained recognition and started important conversations, Thunberg then continued to strike every Friday until the Swedish government agreed to join the Paris Climate Agreement.  These school strikes grew larger in number, with many of her classmates joining her.

This movement came to be known as Fridays for Future, as Thunberg called on youth around the world to join her and demand governments pass vital policies.  With the movement gaining global attention throughout news and social media, many other schools around the world joined the movement and shared their concerns for the environment.

The Face of a Movement

Growing up with Asperger’s Syndrome, Thunberg had difficulties in certain social situations, especially when it came to public speaking.  She didn’t let that stop her, though.

After becoming a leader of this new youth movement and gaining respect and attention from around the world, Thunberg was invited to speak at the 2018 United Nations Climate Change Conference in Poland.

Her speech focused on the importance of policies and demanded governments be held accountable for their lack of environmental action.  Just a few months later, she was invited to attend the 2019 UN Climate Action Summit in New York City.

However, the road (or rather, ocean) to North America was a long one.  To avoid the emissions that come with flying, Thunberg and her father took a two-week sailboat trip across the Atlantic.  After arriving in New York, Thunberg gave an emphatic speech that gained attention around the globe.

While watching this speech online, I shared her frustrations with global leaders who choose short-term profits over the future of our planet.  Although, I also felt empowered that an individual like myself could share my voice and make such a big difference, just like Thunberg.

Clearly, I wasn’t the only one who felt inspired by Thunberg’s leadership and desire for change.  In 2019, more than seven million people all around the world went on strike for the environment, providing hope for the future of our planet.

How Greta Inspires Me to Use My Voice

I Am Greta did a wonderful job of portraying the journey of Greta Thunberg, showing how she grew from a young schoolgirl into a leader and activist who fights for the planet.  Thunberg’s background and personal journey really demonstrate that anybody can make a difference, no matter who you are or where you come from.  Even the small things like turning off your lights or recycling and composting can add up and lead to a large scale change in the long run.

After watching Thunberg’s personal journey, she inspires me to share my voice on issues that are important.  She didn’t grow up much different than me.  Neither of us were very conscientious of our consumption patterns, we often took trips on airplanes, and we first learned about environmental issues in school.  However, I find it pretty incredible to see that someone like her can become a leader that has such a large impact on issues as important as the future of our planet.  It’s people like Thunberg that inspire me to go into the field of environmental communications, sharing my own voice and educating others about the issues that affect our planet and what they can do to help.

So, do we all need to become the face of a movement to make a difference like Greta Thunberg?  No, of course not!  But there are some small things that each of us can do to help.

What You Can Do to Make a Difference 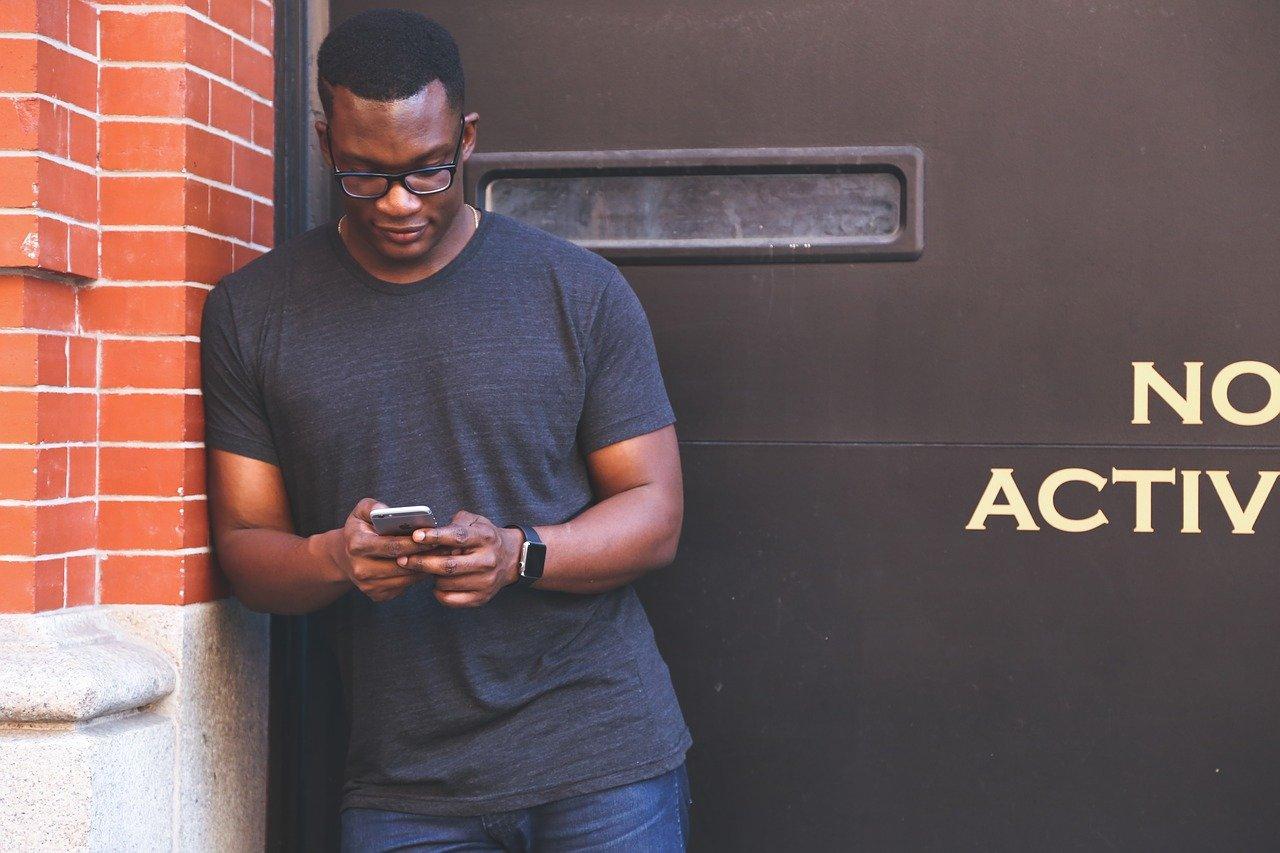 Image by Pexels from Pixabay

Just like Thunberg, we all have to start somewhere.  Things like conserving energy in your home, eating more sustainably, or choosing to take the bus instead of a car may not seem like they make much of a difference, but all these little things do add up and can create a larger change.

Not all of us need to advocate on a global stage like Thunberg.  Advocating for environmental issues can be as simple as creating social media posts, starting conversations with friends, or advocating for changes on your school campus or in your own household.  Because the more people who are aware of these issues, the greater difference we can make together.

We all have a voice that can lead to change.  If you want to see the needed policies that help protect our environment, make your voice heard by voting for government officials that prioritize the planet.  No matter how small a difference, we all have the power to advocate for the planet and make changes that lead to a better future for all.